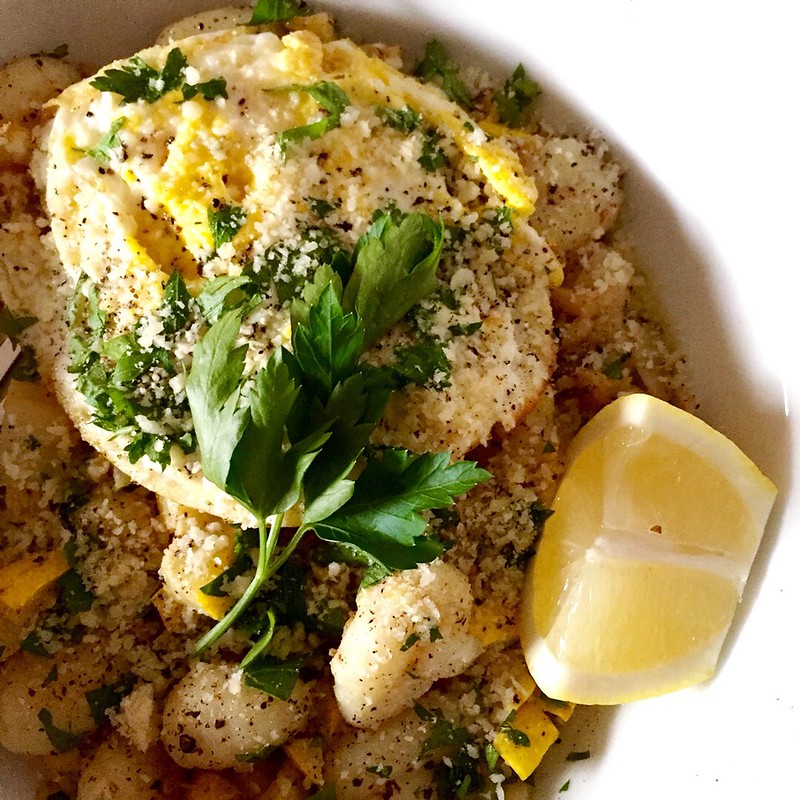 In the past we were pretty active in posting recipes of dishes I concocted, however over the past several years we havenâ€™t been as active making new dishes of frankly cooking much for that matter. The past holiday season I received a free week of Blue Apron meals from my sister-in law and brother-in law. After enjoying the free week of meals we decided to give it a try for a few months to see what we thought about it. So, instead of posting any new recipes, since we donâ€™t really have many, I figured Iâ€™d give Blue Apron a six-month review.

Here are some meals that weâ€™ve really enjoyed so far (and yes two of them are grilled cheese sandwiches):

Overall weâ€™ve been pretty satisfied with it. It is definitely not perfect, and certainly I do not think it is for everyone. Weâ€™re not cancelling the Blue Apron subscription yet, but I think we will be a bit more discriminatory about skipping a week here and there if we just donâ€™t like any options. I’m certain Val will post with her favorites as she continues to blog.